From 28 January till 8 February Internationaal Theater Amsterdam is the centre of the Brandhaarden festival. The 9th edition is about South Europe. You will discover the versatility, splendour, depth, and individuality of the various artists from Portugal, Greece, Italy and Spain. Countries with their own history and traditions. What they have in common is the pressure on societies due to political unrest, serious economic problems and refugee flows. In the theatre our programmers found a complexity and beauty for which there is no place in the political discourse. They discovered performances which have something to say about their (and our) society. With pleaure we invite you to come and see these beautiful productions.

When the banking crisis plunged Europe into economic malaise in 2008, every country was affected, some more than others. The biggest casualties were in the south. There was a tremendous gap between northern and southern Europe. It was 'us' (who had things in order) versus 'them' (who had to be saved with our money). Suddenly, the finger was pointed at an entire region: Southern Europe. But can you lump all those countries together?

This question stayed with us as we travelled across the stages and festivals in the countries around the Mediterranean Sea. If even Dutch and Flemish theatre clearly differ from each other (and many will say the national character does, as well), how can you lump together countries like Spain, Greece, Italy, and Portugal? It certainly doesn't do justice to the versatility, splendour, depth, and individuality of the various artists from these countries.

In the theatre, we saw the many faces of Southern Europe. There were differences and similarities. We looked at old traditions with new eyes. We found a complexity and beauty for which there is no place in the political discourse, but which could enrich the European project so much. Not that the performances were all about politics. On the contrary: they were about people, people who live in today's world.

We decided to invite some of these creators to Brandhaarden and let their work speak for itself. Because they make top quality theatre and dance, and because they have something to say about the value of culture. But also so we, together with you, can discover what the theatre says about their (and our) society. So we can figure out how well we know our European neighbours, in the great hope that we will all be surprised, inspired, our thoughts provoked, and occasionally misled. Maybe then, starting in the theatre, we can close the gap.

We offer you the opportunity to discover more about the performances in the ITA Salon (on the ground floor). In this (B)randprogramma you can find Warming-ups and after talks. Free entrance and feel free to bring in your drinks.

WARMING-UPS
The warming-up is like an introduction on the performances combined with a short interview. Dramaturg Maarten Bos talks with guests who have more to tell about the political, social or philosophical context the work. Language: Dutch

Tue 28 JAN 19:00 – 19:45 Warming-up 1
We look forward on this edition of the festival. And we talk with independent financial - and economics expert and journalist Bert Bakker about the South Europe compared to North Europe. Bert Bakker did write the book Onbegrepen Europa (Europe Misunderstood) about his reserach on the different mentalities whithin in the continent.

Wed 29 JAN 18:30 – 19:15 warming-up 2
We talk about the music of the performance Gran Bolero. This world famous composition with roots in the Spanish tradition. Special guest of this warming-up is choreographer Emio Greco. He created several choreographies on Ravels Bolero. 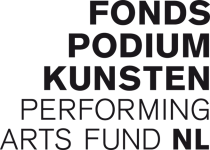