Portrait of an extremely wealthy, eccentric, artistic family in the midst of the events that shaped present-day Europe

Karl Wittgenstein (1847-1913) became astonishingly wealthy in the steel industry. The likes of Brahms, Mahler and Strauss were frequent guests in his Viennese ‘palace’. He ruled over his eight talented, highly musical children like a tyrant. Two world wars would go on to leave deep scars on the family. Two sons committed suicide, a third disappeared. Another, Paul, lost his right hand, but continued to play the piano with his left, while his brother Ludwig went on to become one of the leading philosophers of the 20th century. In The Wittgensteins, author and director Jeroen De Man presents us with a portrait of a broken family, with live music by Nieuw Amsterdams Peil. Through conversations about big topics – philosophy, art and politics – he draws connections between the important political and cultural shifts of those years and the Europe of today. 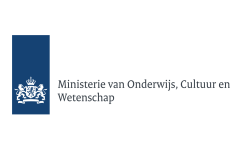