What makes the Jewish humor so recognisable? What does an old Jewish melody or 'a mayse', an old folktale do to us in the Netherlands in the year 2019?
Mijn misjpoge (My family) is a great night of feel-good, 'naches', and 'geintjes' (jokes), full of 'neshome' (soul), an evening that will bring you back to the Jewish Amsterdam of times past and present.

About the performance
Mijn misjpoge (My family) is the story of Jewish humor and the typical Jewish sound in the music of the past hundred years, performed by a group of prominent actors, musicians and dancers.

Directed by Frank Affolter and with, among others, the American-Israeli actor Mike Burstyn.

Mike Burstyn
Mike Burstyn (1945) was born in New York to a famous actors family. His father, Pesach, was one of the great stars of the Yiddish theater. As a three-year-old he walked on stage for the first time, stole the show from his father and the rest is history. Mike Burstyn has a vast career on stage, television, in nightclubs and on concert halls around the world. From 1978 to 1981 Burstyn had his own, popular TV show in The Netherlands, The Mike Burstyn Show. Burstyn performed for President Reagan, Queen Beatrix, played in the famous Paladium in London, and hosted Danny Kaye in performances for the Israeli army. Recently he wrote and directed the award-winning Israeli feature film Azimuth, commemorating the fiftieth anniversary of the Six Day War. He also plays in the new Israeli TV series Juda. For his contribution to the Israeli culture he received a lifetime achievement award from the Israeli Union of Performing Artists.

Lieve Stad, (Dear City,)
Mijn misjpoge (My family) is part of Lieve Stad, - the city's festival of International Theater Amsterdam. During Lieve Stad, we present encounters with other cultures, which offer refreshing perspectives. The festival - inspired by the words of former mayor Eberhard van der Laan - is our declaration of love to the city of Amsterdam and its inhabitants. 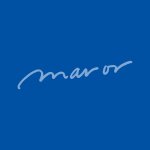